How Long It's Been

So much has happened since I last posted. 1. I left the company that I've worked for just two weeks shy of 20 years for a new opportunity. 2. I finished - hastily due to work commitments - my screenplay and had a scene read aloud last week at our graduation ceremony. 3. Become the parent of a driver, including a fender bender. 4, Started traveling again due to work and working remote from home when I'm not. 5. Cancelled cable television. Number five might seem minor but I've never been shy of my love for television. How have we been surviving? Just fine actually but you'd have to pry my Netflix streaming account from my cold, dead hands. I've been struggling with the new job to find some work/life balance. Working from home is more isolating than I expected, probably because friendships have not really developed to balance the focus of work. Am I responsible for the lack of friends? Yes, I just haven't been interested in devoting the time to seek it out here. Working for the same company so long and in that process, meeting some of my closest friends, I thought it would be so hard to leave. Maybe its because the new opportunity has been all-encompassing, but I've been surprised by how little I've looked back. Is this a statement on the true importance of work in the grand scheme of things?
Posted by J at 1:40 AM No comments: 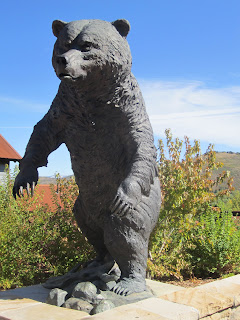 Paperwork approved – I am once again a Sundance volunteer, and will be working as requested, with the same theatre team at the same theatre.  It was such a great group.  I’ve completed a few afternoons of volunteer work already for them as they start prepping for the Festival.  The offices of the Sundance Institute are nestled in a neighborhood a little ways up a mountain in Park City.  There’s a hotel and the base of a ski lift right by the Institute and the first day I went to the office I was early and sat outside with what must have been hotel guests as well as some locals returning  from a hike sitting outside and enjoying a beverage in the bright afternoon sun among the beautiful fall colors.  Literally everyone looked like they’d stepped out of the Eddie Bauer catalog with their rustic but expensive looking clothes. And EVERYONE had a dog, and not mutts, but interesting breeds.  I walked into the beautiful office and again, dogs, a very common accessory in the office.  I know folks who have lived here all their lives are probably over the whole rustic ski lodge interiors, but it’s still fresh and different to me, and the Institute offices are no exception.
A few Fridays ago my volunteer job was to walk and time my walk from one theatre location in Park City to many others so this could all be documented in the transportation map for the festival.  It’s definitely feeling like winter here but the sun is usually out.  How fun to spend the day walking around that beautiful little ski town listening to one of my favorite movie-themed podcasts and help them prepare for the festival.  Not a bad Friday at all. 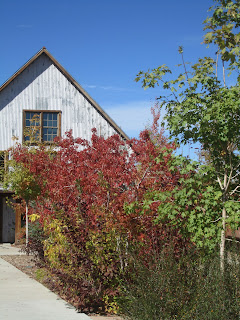 Me and George Drive the Loop

Sunday morning and everyone is in church.  No need to go there to see the glory of a higher power.  I drove the Alpine Loop a few weeks ago, just me and George Harrison.  I've been listening to All Things Must Pass since watching the new two-part doc and it was the perfect soundtrack. 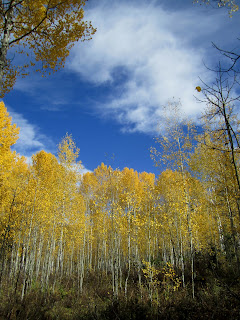 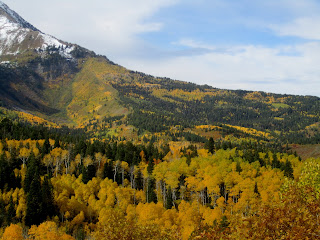 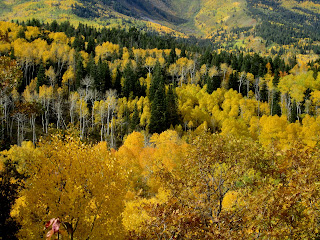 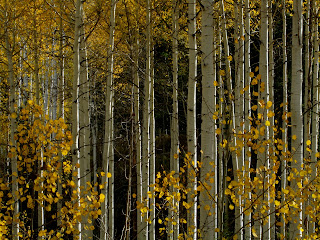 Every weekend in October I would drive somewhere close by to see the color.  Here are pics taken this year from my favorite spot last year. 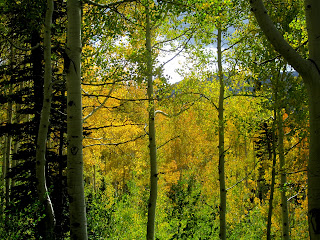 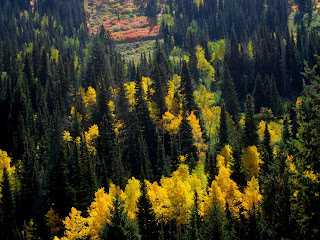 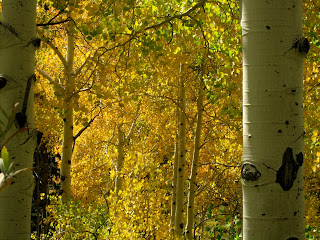 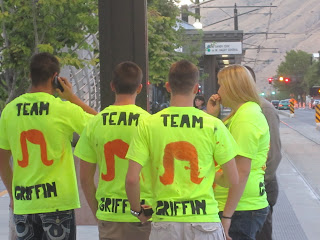 Months ago I got tickets for me and a friend to see Kathy Griffin.  As the date was approaching it was the only thing that kept me going.  Turns out the Kathy Griffin fan base in SLC is small but mighty.   The show was on a Friday night and I hadn’t realized until that day that the Church of Latter Day Saints was having their general conference weekend Saturday and Sunday in Salt Lake City.  What is general conference?  From what I’ve read in the newspaper and heard from folks, it’s a time for the church leaders to preach to the masses, focusing on a few topics.  The last general conference was kind of controversial because one of the “prophets” (not my word, theirs) gave what was considered a very anti-gay message.  Now people travel from all over to be HERE for general conference.  In fact the person I went with had family friends staying with her from Australia who had travelled here for the conference.  I wondered as the evening approached, would Kathy know she was in town while the Mormon crowds were gathering?  Of course she did.
As my friend M had told me, if you like her Bravo stand up specials, you’ll love her live because she really dishes and there’s no censorship.  Topics of conversation – Michelle Bachman and her husband (especially his clinic), the LDS church, Cher, Kate Winslet, Paula Abdul, Nancy Grace, her autistic dog, and much much more.   I was a little worried that my friend would be offended by something in the show, but she seemed to enjoy it too.
As we were leaving the hall, it was a little strange to be walking down this beautiful winding staircase with that giant temple in the very close distance.  Which two things don’t belong together?  That building and the contents of the show.
Posted by J at 2:53 PM No comments: 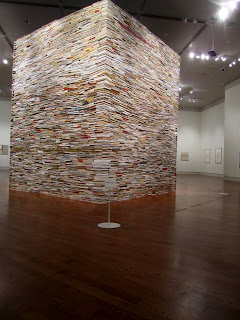 Brigham Young University has an art museum.  I probably would have never stepped on the campus except I heard about this exhibit and wanted to see it myself.  A colleague of mine and I decided to plan to take a long lunch one Friday and go see it.  He was familiar with the campus.  He didn’t go there but grew up in the area and has a family member who works there.  Besides this book art installation, which is composed of 100,000 books and a sight to see, I was very impressed with the rest of the museum.  They had a Picasso, lots of Georgia O’Keefe, some gorgeous western landscapes and a temporary quilt exhibition from Alabama.  I fully expected to walk in and see nothing but religious-based work. 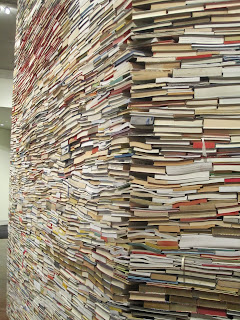 After we finished up at the museum, we were looking for a place to eat lunch and my friend suggested the creamery on campus.  Little did I know that BYU also has its own dairy run by the students in the agriculture program so the ice cream they serve at the creamery is made from BYU cows.  We used this as an excuse to have ice cream for lunch.  Our conversation tended to focus on what it’s like to have grown up a member of the LDS faith only to now not be part of it.  There is something about being a member of the church when you’re close to headquarters that seems to change the experience, make it more a competition between the members on who can outwardly prove they are following more strictly than their neighbor. 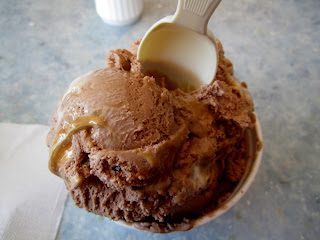